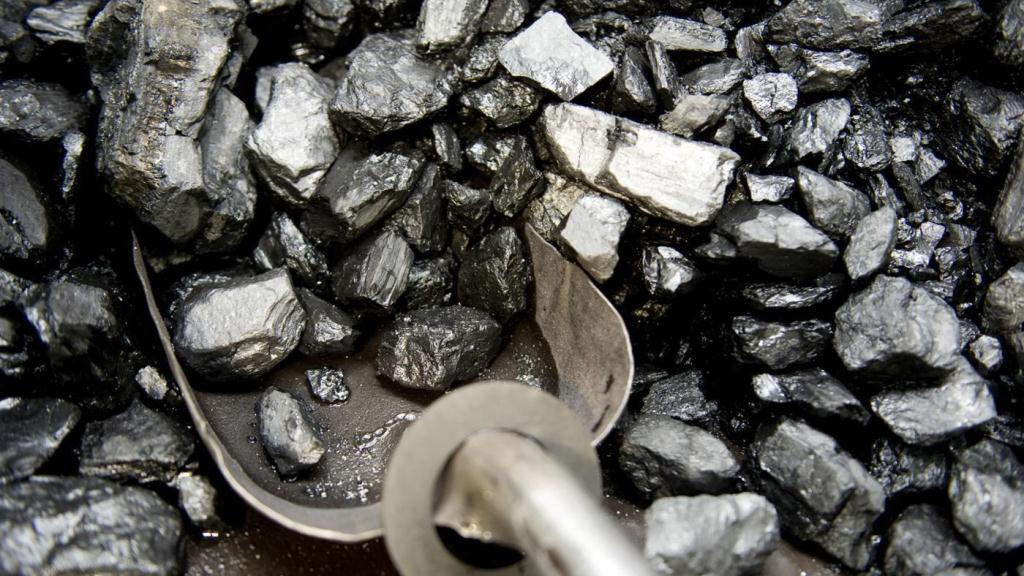 By crude coal tar as used herein is meant the crude coal tar product obtained as a by-product in the distillation of coal (anthracite or bituminous) to produce combustible gas, which distillation may be carried out either at relatively high temperatures, for example, in by-product coke ovens or retorts, or at lower temperatures as in the so-called low temperature coal distillation procedures. It does mean the heterogeneous mixture obtained as a by-product in the manufacture of combustible gas as hereinabove described. In the case of tars separated say in the collect or fimains .or other parts of the by-product recovery equipment in which the tar is sprayed with an aqueous medium, the crude coal tar is. dehydrated sothat it contains little or no water. Commerce, which is a dehydrated coal tar and contains substantially all of the light oils, middle oils, heavy oils, anthracene oils and pitch, is suitable. This tar is black in color and when mixed Crude coal tar of with starch, petrolatum or other carrier, as heretofore produced, has .a disagreeable appearance; the color “varies from a dirty grey or brown to an objectionable black.

I have made the surprising and commercially important discovery that by mixing with each part by weight of crude coal tar from 10 to 40 parts by weight of a wetting agent which has the property of dispersing the coal tar .and from 1 to 15 parts “by weight of finely divided titanium dioxide, a cosmetically elegant crude coal tar composition results. in which none of the pharmacological properties of the coal tar are deleteriously affected. Furthermore, the resulting composition surprisingly does not form objectionable stains on the skin, linens, bedclothes or other surfaces with which it may come in contact. The composition can readily be removed from such surfaces by simply washing them with water, if desired, with soap and Water.

The composition herein above described may be packaged for storage or shipment in any suitable size package. When it is desired to apply same the composition is added to. Suitable absorption, washable, dispersible .carrier, such as a solid carrier consisting of a mixture of oils, waxes,

Emulsifiers, wetting agents and water, or a liquid carrier such as the mineral oils, e. g., liquid petrolatum. Examples of such solid carriers are the creams sold under the trade names Omnia Creme, Alcolan and Neobase. These-carriers function to absorb the serous exudates -and to spread the crude coaltar composition. The composition is added to the carrier in proportions to produce a mixture containing from about 1% to 5%, preferably 2% to 3% of crude coal tar based on the weight .of the mixture.

As the wetting agent any agent capable of emulsifying the crude coal tar may be used.-

In making the composition of this invention the crude coil tar is first mixed with the wetting agent until a homogeneous dispersion results. Usually mixing for about 30 minutes suffices to produce a satisfactory dispersion. The titanium dioxide is then added and the mixing continued. Surprisingly, I have found the finely divided titanium dioxide becomes homogeneously distributed throughout the mixture resulting in a composition having a cosmetically elegant appearance and this without detrimentally affecting the pharmacological properties of the crude coal tar. Furthermore, the resultant mixture when applied can readily be washed oil the skin, linens, bed clothing etc. with water or water and soap without leaving noticeable stains. This is indeed surprising in view of the complete immiscibility of crude coal tar with water.

The following example is illustrative of a composition embodying my invention. It will be understood the invention is not limited to this example. In this example parts are by weight:

Parts Crude coal tar 300 Tween 20 3000 Titanium dioxide 150 Zinc oxide 850 Corn starch 4000 Liquid or solid absorbent base as hereinabove described 6400 Since certain changes may be made in the above composition of matter and different embodiments of the invention could be made without departing from its scope, it is intended that all matter contained in the above description shall be interpreted as illustrative and not in a limiting sense.